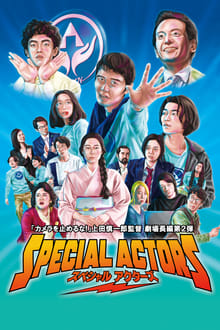 Kazuto has a lifelong dream of becoming an actor, but has been suffering from a special medical condition where he faints and collapses when he gets nervous. One day, he encounters his brother, Hiroki, who he hasn’t seen for years. Hiroki invites Kazuto to a talent agency called SPECIAL ACTORS where they do unusual roles in which actors portray real people in real life. After accomplishing some tasks, they are now assigned to a very difficult operation, which is to save the client’s inn from being taken over by a cult group. Would Kazuto be able to accomplish this mission!?